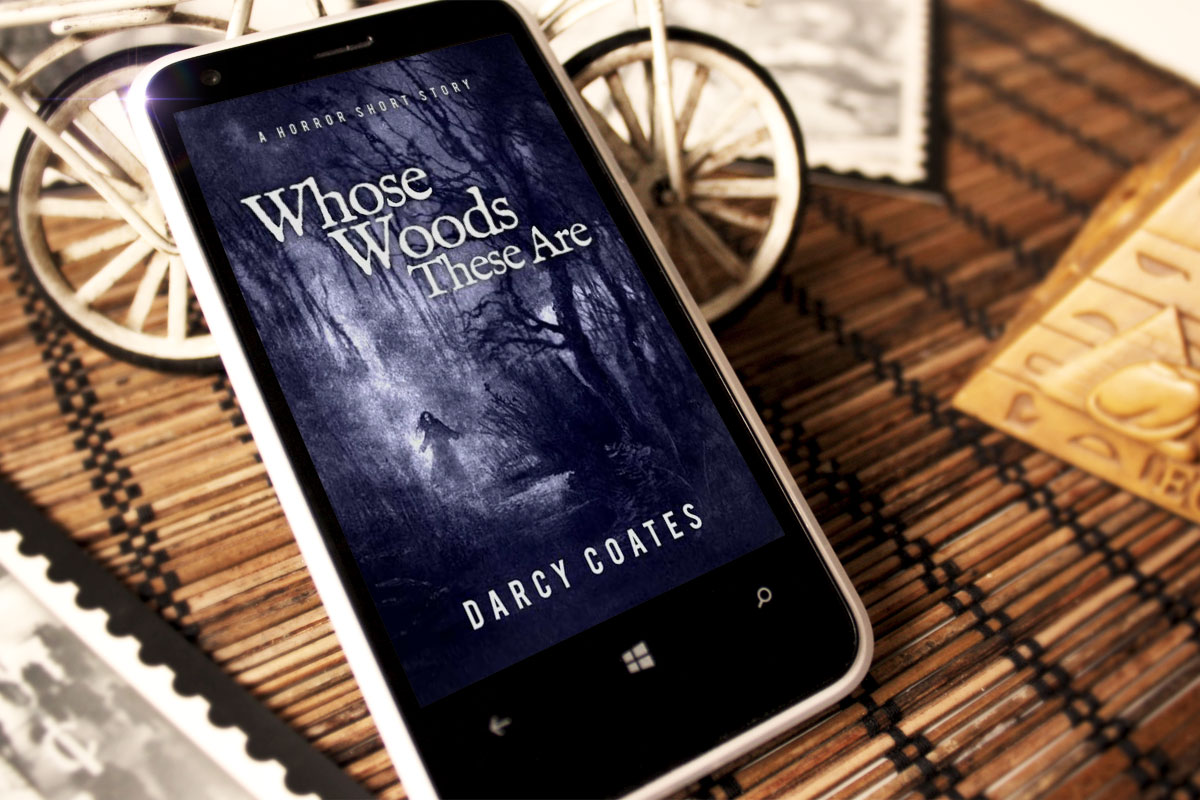 There’s something in the woods…

It’s been ten years since Anna’s parents last took her camping in Morrow Woods. This trip is a final pilgrimage for her, a chance to visit her father’s much-loved forest on the anniversary of his death.

At least, that’s what Anna planned. A lot has changed in the last decade.

A fence has been constructed around the wood’s perimeter and the campers’ parking lot has been closed. Inside the forest, Anna finds trees that have been scarred with deep gashes, almost as though they’d been attacked. As she pushes deeper into the woods and daylight fades, she starts to hear strange and horrific animal calls… and the creature that calls the woods home begins to stalk its prey.

Whose Woods These Are is a half-hour story, perfect for a chilling read late at night.

Whose Woods These Are is available on Amazon.