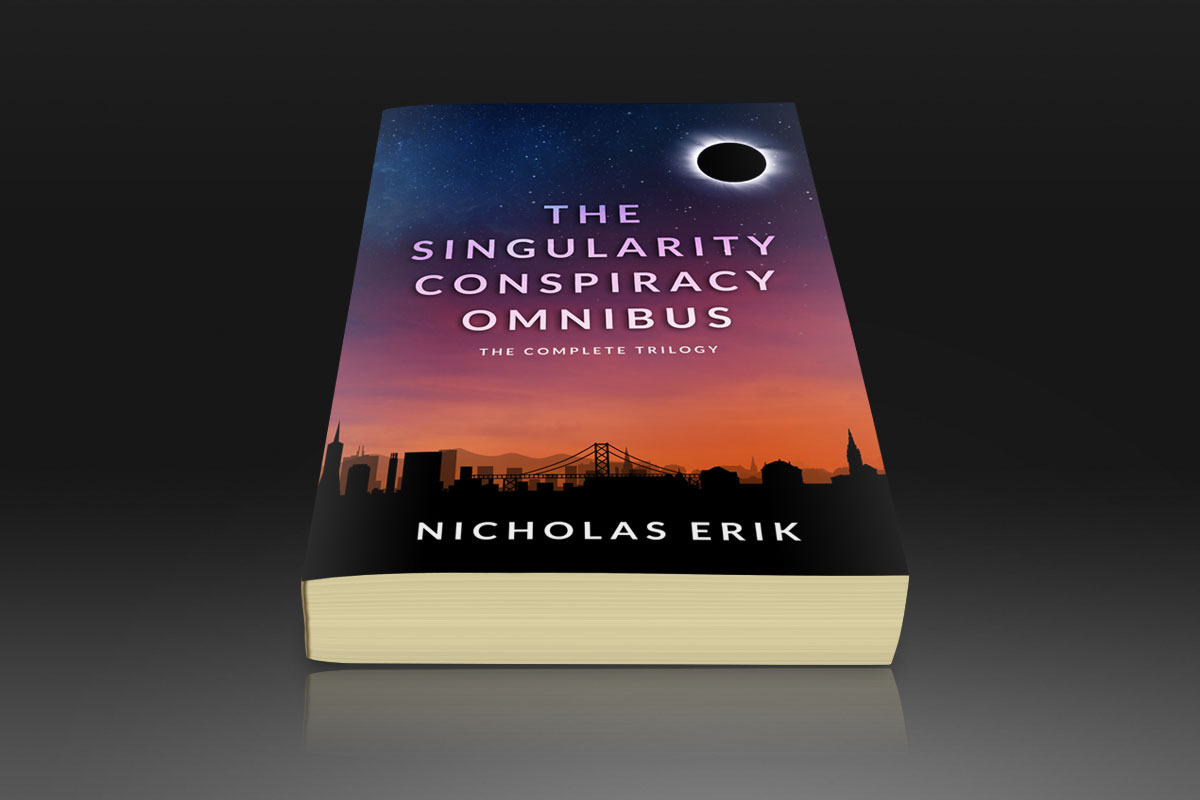 Private investigators Kurt Desmond and Cassie Atwood scrape a living together chasing down lost pets and straying husbands in a sun beaten coastal California town. But when a well dressed stranger comes to town with a lucrative case, the pair are thrust into a 10,000 year old conspiracy that will reveal the origin of mankind, way out in the stars. And the pair soon find themselves dodging bullets, police, government agents and zealots as they try to uncover humanity’s oldest secrets in a desperate attempt to survive.

Only thing is, this mysterious organization called the Singularity doesn’t just want them dead. The Singularity wants to use the same technology that created man 10,000 years ago to destroy modern civilization.

The Singularity Conspiracy Omnibus is available on Amazon.